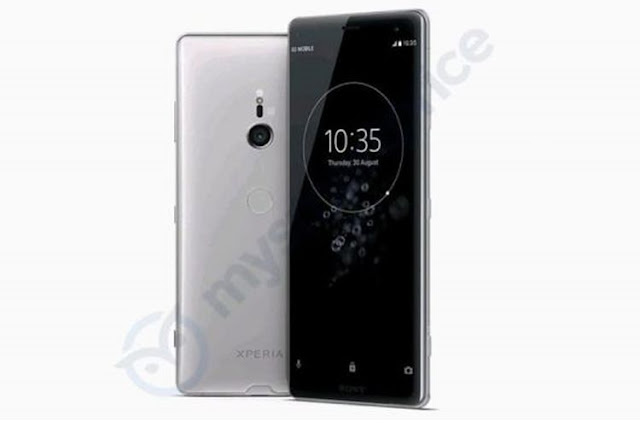 TECHNOLOGY-PORTFOLIO.NET - Ahead of its launch on August 30 2018, the appearance of the Sony Xperia XZ3 began to circulate. One photo shows the flagship front and back with the front displaying an elongated screen with an 18: 9 aspect ratio.

At first glance, Sony did not overhaul the design of the previous Xperia XZ2 series.

This Japanese vendor is still stiff carrying the traditional design, with the bezel (frame) quite clear above and the chin used to affix the Sony brand. So there is no "notch" or bangs imprinted on the display.

Like the previously leaked leak, this rendering shows a single camera embedded in the back. Gossip, Sony will put the resolution of the 48 megapixel camera behind.

Additional sensors used for the autofocus technology are also embedded on the camera lens with LED flash.

To support the camera experience, Sony provides a shutter button on the lower right side, just below the power button.

No fingerprint sensor sensor was found on the side of the power button, because Sony moved it to the back, just below the camera lens. In addition to the camera, the back is also affixed with the NFC logo.

This flagship is wrapped in metal with a unibody design. From the rendering scheme, it seems that Sony only provides one SIM card drawer. Sony Xperia XZ3 is predicted to be powered by the Snapdragon 845 chip, following other Android flagship lines.

It should be noted if the photos and specifications are still leaked, where there are still many possibilities for change.

The leak was obtained by the My Smart Price site which claims to have exclusive access to reveal photos of Sony Xperia XZ3.

To prove it, Sony Xperia lovers need to be patient until the IFA 2018 event is held in the coming days.
Older Posts → Home