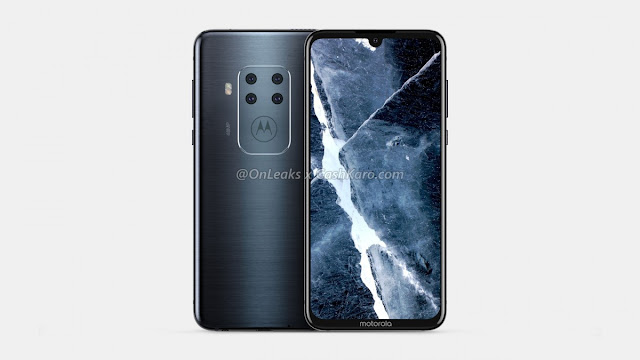 This smartphone will carry a 6.2-inch wide screen equipped with a fingerprint scanner on the screen. While at the rear, we will see a four-camera setup that includes a 48MP sensor unit. This smartphone measures 158.7 x 75 x 8.8mm, which is not yet known whether the thickness includes the camera or not.

Another thing that can be ascertained from this rendering is the power button and volume rocker on the right, the headphone jack and USB-C port on the bottom as well as the SIM card slot and the speaker at the top. You can also see a small hole in the back of the cellphone at the bottom, which is probably the third microphone.

Unfortunately, other specifications such as batteries, processors and prices are still unknown.