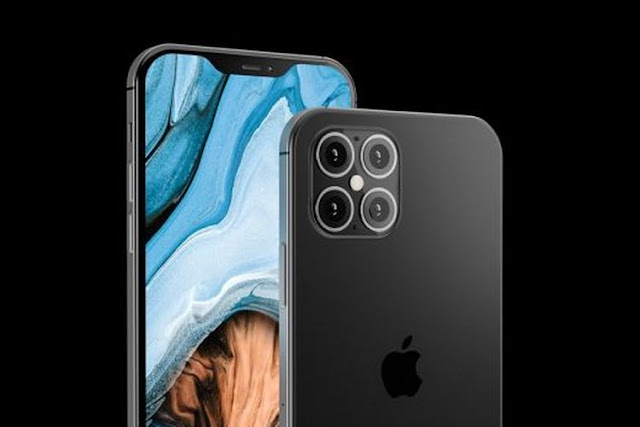 Technology-Portfolio.Net - Apple has just released a trio of iPhone 11, iPhone 11 Pro, iPhone 11 Pro Max last September. Now rumors about the next generation of smart phones have begun to circulate a lot.

Some of these leaks, as usual, come from analysts Ming-Chi Kuo who often predict prospective upcoming products from Apple.

The notch section was first introduced through the iPhone X in 2017. The top frame that contains the components of the front camera and Face ID face scanner was continued in the ranks of the iPhone Xs and iPhone 11.

However, for the iPhone 12, Apple reportedly will eliminate the bangs. Face ID components are said to be placed in a small gap between the top frame and the screen, adjacent to the earpiece. The location of the front camera is unknown.

Exclusive: One of the 2020 iPhone prototypes has 6.7-inch display with Face ID and TrueDepth camera system housed in the top bezel. pic.twitter.com/sAJE7J12ty

Other sources of leaks mention that the iPhone 12 will still have bangs. However, the size may be smaller, as shown in the custom image below which also displays four cameras on the back.

Rumors say the iPhone 12 screen will come in three sizes, namely 5.4 inches, 6.1 inches and 6.7 inches all of which are OLED paneled with a refresh rate of up to 120 Hz like a gaming cellphone.

Interestingly, it also mentioned that the iPhone 12 screen will have an integrated fingerprint scanner so that it returns the Touch ID function that has been absent since it was replaced by Face ID.

The iPhone 11 Pro line increases the number of cameras from two to three. For the iPhone 12, Apple is predicted to add more numbers to 4 cameras, comparable to the latest Android flagship phones.

The configuration might consist of a wide, ultra wide, telephoto and 3D Tof camera for bokeh effects. Not only that, the resolution of the main camera is also likely to increase to 64 megapixels with the Sony IMX686 sensor.

Well, the four cameras will reportedly be housed in a square module like the iPhone 11 Pro Max, but positioned symmetrically, not zigzagging.

iPhone 12, Apple might be pinning System-on-Chip and 5G modems integrated or separately. Reportedly, this 5G modem chip is the result of Apple's own design.

Apple usually launches the latest generation of iPhones in September each year. Therefore, it can be assumed that the introduction of the iPhone 12 will also follow the same pattern.

For the price, there are allegations that the price tag of the iPhone 12 will be more expensive than its predecessor with a difference of 200 to 300 US dollars.

However, there is also a possibility that the higher price only applies to the 5G model, if Apple releases the iPhone 12 in the 4G and 5G variants.

Of course, the information above cannot be ascertained because the truth is only an initial rumor. Over time there will be more leaks circulating about the iPhone 12. We are just waiting for the next development.