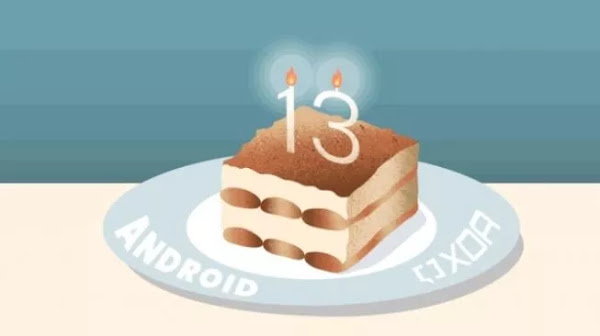 Technology-Portfolio.Net - Google has just released the Android 12 operating system at the end of last year. But its successor, Android 13 , has been widely leaked to the public.

A report from Android Police reveals that there are several new features appearing in Android 13, which may be named Tiramisu.

There are at least three new features of Android 13 that have been leaked.

Google seems to want to make it easier for users to scan QR codes faster.

You can directly scan the QR code without the need for a built-in application.

Previously, this feature was provided by Google through the Google Lens application.

If your Android phone doesn't have Google Lens, they have to install it first in order to scan the QR code.

In the latest leak, this QR code scanner feature will be obtained on the lock screen or lock screen.
Unfortunately, it is not explained how it works in more detail whether this feature does appear in the new application or is simply directed to the Google Lens application.

This feature is usually intended for sending files or searching for audio devices near the user.

In fact, it's similar to the Hand od Audio that Apple made into the HomePod smart speaker.

This feature allows you to connect to the speaker, by bringing the phone closer to the device.

In its report, the feature works with Google audio devices such as Chromecast speakers.

Unfortunately, it is not known how it works, whether using the Ultra-wideband (UWB) chip in smartphones or Near Field Communication (NFC).

Reports say that this feature will be redesigned. Previously, Google has released audio output on the Android 10 operating system.

This feature displays a list of available devices to connect by turning on the music.

Usually, this feature displays devices such as smart speakers, wireless earbuds, and other devices near the phone.