Specifications and Prices of Samsung Galaxy A10, 3400mAh Battery 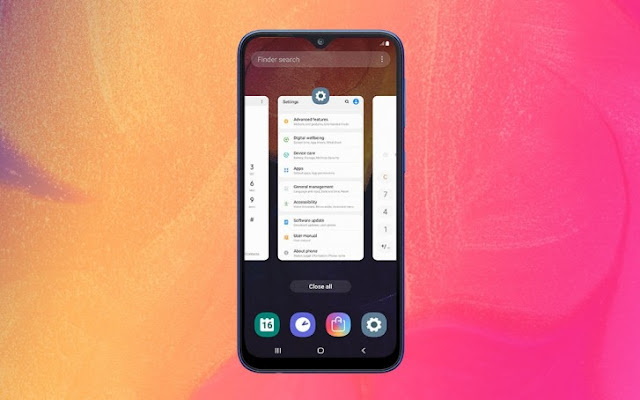 The Galaxy A10 comes with a 6.2 inch IPS screen that has Infinity-V bangs and has HD + resolution. For the kitchen, the smartphone is powered by the Samsung Exynos 7884 chipset which is a rare platform even for Samsung smartphones. The device that once carried this platform was the Galaxy J3 V. This chipset has a dual-core Cortex-A73 1.35GHz and six core low-power Cortex-A53 with the same frequency.

If leaked earlier said this smartphone will carry 3GB of RAM, but it turns out that the RAM capacity carried is only 2GB with 32GB of internal storage with an additional microSD slot for storage expansion.

This smartphone carries a single main camera that has 13MP resolution with an aperture of f / 1.9. While for the front camera using a 5MP resolution sensor that is on the bangs. The battery capacity of this smartphone is lower than the two siblings, which is only 3,400mAh. The operating system that is run is Android Pie with the appearance of the One UI interface.

The Samsung Galaxy A10 will be available in Blue, Black and Red around the middle of March this year, along with the Galaxy A30 and Galaxy A50. For the Galaxy A10 itself will be priced at INR 8,490 or around $ 119.68 USD.