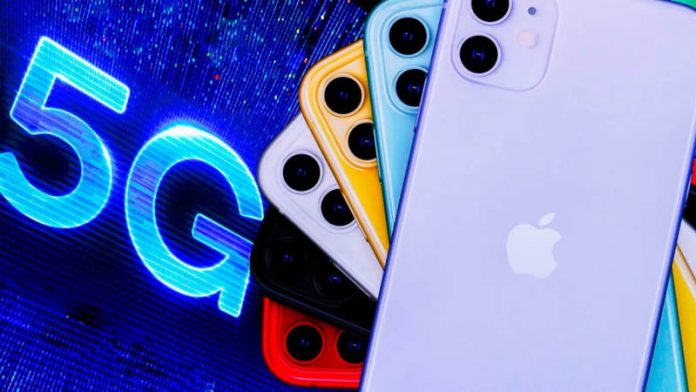 Ives also said that every iPhone that glides later, will be supported with 5G connectivity. In fact, the phone is also said to have a 3D sensing system on the back.

Although it's a bit late from its competitors, Apple will present the iPhone 5G by 2020.

According to a report by the Nikkei Asian Review, Apple mobilized suppliers to ship as many as 80 million 5G iPhones by 2020. The report also informed that Apple will launch three flagship iPhone 5G models that will carry 5G modem chips from Qualcomm.

Apparently the chip that allows this will be a combination of Apple's next generation B14 A14 chip, and the Qualcomm Snapdragon X55 modem chip. The latest is that the Apple A14 Bionic is rumored to be the company's first chip built with 5nm technology.

This is interesting because Apple and Qualcomm have just resolved their patent dispute in April.

Moving from 7nm to 5nm will allow the chip to hold more technology on a relatively similar surface, making it more efficient.

This might not be the first 5nm chip, because Huawei is expected to unveil the next Kirin processor which will also be built on 5nm technology.

In 2018, Huawei defeated Qualcomm with the world's first 7nm chip, Kirin 980. Then this year, Kirin 990 was the first chip to embed a 5G modem, among many others.

But iPhone sales continued to decline compared to last year, generating revenues of $ 33.36 billion, down 9.2 percent. Apple also revealed that it has set new Q4 record earnings in India and several other markets, including the US, Brazil, and various Southeast Asian countries.