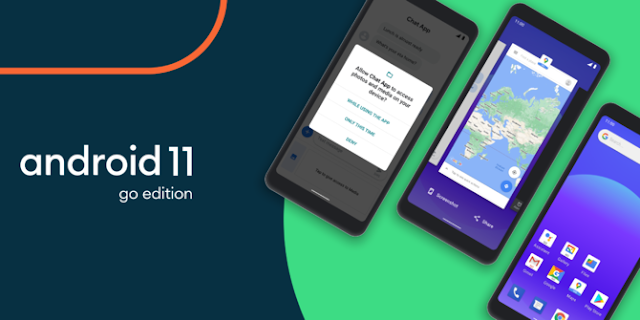 
Technology-Portfolio.net - After announcing a few days ago the stable version of the latest Android 11, Google again announced the Android 11 Go Edition, which is intended for devices with 2GB RAM or less.

Not only that, Gi's Android device will also get the same security and privacy features as those available on regular Android 11 devices. It includes one-time permissions, and auto-reset for apps that haven't been used for a long time.

Android 11 Go Edition also includes support for gesture navigation. This makes sense considering that the Android Go device is getting bigger and bigger.

In addition, there is also a conversations application that allows you to reply to messages directly from the notification.

Google itself has upgraded Android 11 Go support to devices with up to 2GB RAM, from the previous limit of 1.5GB. Additional RAM is said to provide up to 900MB of space, and also an additional 270MB of free memory. This will allow users to run more applications without lag, even for playing games.

In addition, smartphones with Android 11 Go Edition will also appear on the market as soon as possible.