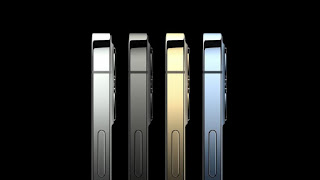 Technology-Portfolio.Net - Many rumors about the iPhone 13 have been circulating, including the launch schedule. Recent reports seem to confirm the timing of Apple's iPhone launch in September 2021.

In previous years, Apple always launched the latest iPhone in September. But the impact of Covid-19 last year made the company delay the release of the iPhone 12 for a month.

Apple plans to produce 90 million units for the iPhone 13. That number is a sharp increase from last year, because the company usually only orders 75 million units at the initial launch of a new iPhone.

A separate report earlier this year said the iPhone 13 would launch in the third week of September. The possibility is September 14 but it could also be September 24 based on the previous release time.

As is known the world is hit by a shortage of chips at this time, but that does not affect Apple's ability to mass produce new iPhones. As Apple is a major client of TSMC, which manufactures special A and M series chips for iPhone, iPad and Mac, it is likely the company's business will be a priority.

Meanwhile, from the information currently circulating, the iPhone 13 will have four variants. Consisting of a regular version with screens measuring 5.4 inches and 6.1 inches, then there are 6.1-inch and 6.7-inch Pro models.

That one of the iPhone 13 models will use an LTPO screen and support a refresh rate of up to 120 Hz. Apple has previously used the technology on the Apple Watch to enable the always-on feature.

There is also news that the iPhone 13 will have a smaller notch. It is also possible that the notch will shrink even further next year.

Meanwhile, in-display fingerprints will not be found in the iPhone 13. But according to a report, Apple has carried out trials for this feature.

For the camera, it is reported that the iPhone 13 will equip it with advanced video recording features and optimal zoom enhancements. This includes upgrading the successor to the A14 Bionic processor.