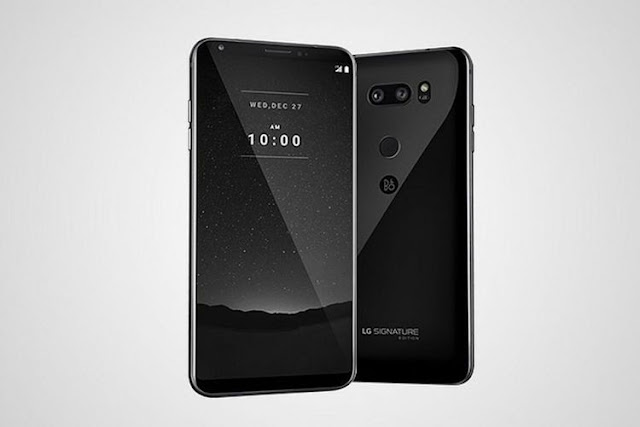 Smartphone is reportedly going to be named the full LG V35 ThinQ Signature Edition and scheduled official launch in August.

LG V35 ThinQ Signature Edition may be a reflection of the nickname "super premium" earlier. According to information circulating on the internet, this phone will be priced at 2 million won or 1800 USD.

LG V35 ThinQ rely on Snapdragon 845, considering that the chip is the top model of Qualcomm today. There are also dual cameras on the back like the regular LG V35 ThinQ version.

LG is not the only manufacturer that makes mobile phone category "super premium" worth much more expensive than the flagship in general. Huawei, for example, has a mare series of RS Porsche Design, while Oppo.