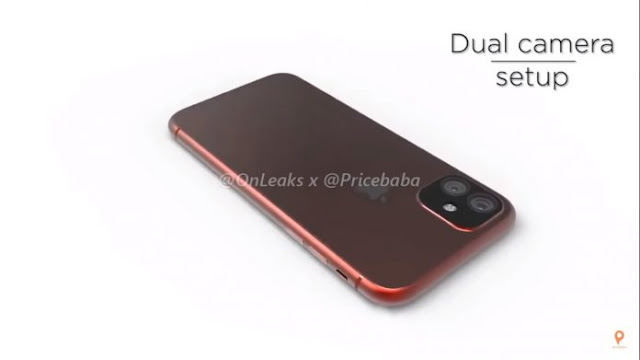 Technology-Portfolio.Net - Rumors that have been circulating lately say if Apple will announce the successor of the iPhone XR later this year. According to reports, it has been suggested that the iPhone XR 2 will carry a dual-camera setup. Now thanks to a series of rendering and videos made by @OnLeaks for Pricebaba, it seems that the rendering justifies the rumors circulating beforehand.

Based on the video rendering below, it seems that Apple can continue the previous design in the second generation of the XR series. That way, the iPhone XR will display different colorful choices with the design of the iPhone XS and iPhone XS Max that are darker. What's interesting about this rendering also shows that in addition to the dual camera design, the iPhone XR 2 can actually support the setting of a square camera on the back similar to the iPhone 11 which is scheduled to be launched later this year. This makes the three models appear with similar designs.

Regardless of whether or not Apple will carry such a design for the iPhone XR 2 which will launch later this year, at least it seems to be in line with the previous rendering. In addition, this time rendering looks like what you would expect from the successor to the iPhone XR. Not surprisingly, Apple is considering making more iPhone XR handsets. While devices such as the iPhone SE or iPhone 5c which were both designed as cheaper options did not fully succeed, and the iPhone XR seemed to enjoy a little success.

This is largely due to the fact that Apple's latest iPhone is priced at $ 1,000 USD, which means that customers prefer to exclude certain features on the latest iPhone to be able to get more affordable devices and XR models to be the solution.