Xiaomi Mi A3 Comes With OLED Screen and Snapdragon 665 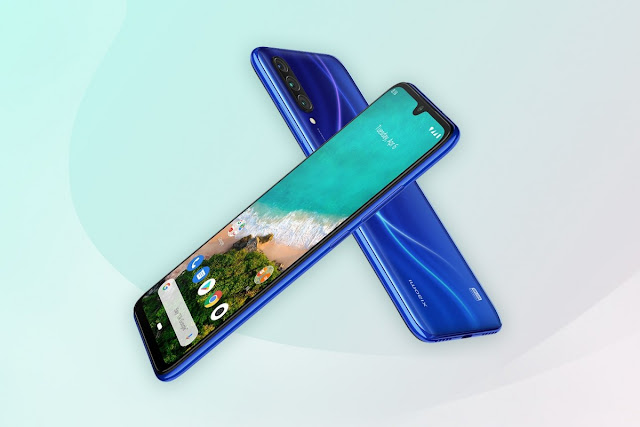 Technology-Portfolio.Net - Xiaomi has just launched their latest smartphone that runs Stock Android, the Xiaomi Mi A3. Because this is basically the Mi CC9e without any upgrades, so we will see a 6.1-inch wide OLED screen with a resolution of 720 x 1,560 pixels. Of course this is a downgrade in the resolution sector of Mi A2, which already uses 1080p resolution.

This smartphone carries the Qualcomm Snapdragon 665 chipset which is a small upgraded version of the SD660 that was launched last year. For storage capacity, this smartphone carries 64GB of storage and this will be priced around $272 USD, while the 128GB variant will be priced around $300 USD. Both models also support a microSD slot to increase storage capacity.

One of the main upgrades on the Xiaomi MI A3 is the camera, where the smartphone carries a 48MP main sensor on the back that has an f / 1.78 aperture and does not support OIS. In addition there is also an 8MP Ultra Wide-Angle sensor which has a viewing angle of 118 ° and the last sensor is a 2MP depth field.

For the rear camera can record video resolution of 2160p at 30fps or 1080p at 120fps. While the selfie camera inside the notch has 32MP resolution which has the ability to record 1080p resolution video at 30 fps.

For other features, there is a fingerprint scanner sensor below the screen that follows the current trend. Not to forget, there is a 3.5mm audio jack headphone. Xiaomi Mi A3 comes in a choice of blue, white and gray colors and this smartphone will be marketed worldwide in the near future.