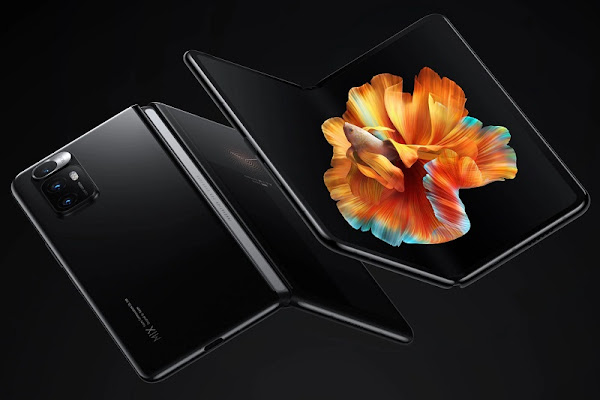 Technology-Portfolio.Net - Xiaomi is reportedly working on two new flagship phones. These devices are codenamed K8 and J18s. Both are expected to be Xiaomi's first devices with an under-display camera. Based on information from Digital Chat Station sources on Weibo, there have been leaks of the main specifications of the J18s cellphone.

The Xiaomi Mi Mix Fold first launched in March as the company's first foldable phone. It is estimated that the J18s is the second foldable phone of them. The secret caption claims there are slight changes to the J18s as it bears support for a 90 Hz refresh rate.

The original Mi Mix Fold had a 90Hz external screen, while the inner screen only supported a 60Hz refresh rate. It is likely that the inner screen of the J18s foldable phone will also support a 90 Hz refresh rate. In addition, the upcoming phone is equipped with a triple camera configuration which includes a 108 MP main camera, a liquid lens with 3x optical zoom and an ultra wide lens.

However, the main feature of the new device is the completeness of the camera under the screen. Apparently, this device is likely to be the latest version of the Mi Mix Fold.

Last August, Xiaomi showed off its third-generation under-screen technology. They claim the technology allows the camera to see through the gaps in the sub-pixels of the screen. The top screen area of the camera can produce the same pixel density as any other screen. Thus, the screen will be able to camouflage the camera underneath perfectly. In addition, the front camera will be able to provide results similar to conventional front cameras.

The upcoming phone is equipped with a triple camera configuration which includes a 108 MP main camera, a liquid lens with 3x optical zoom, and an ultra wide lens.