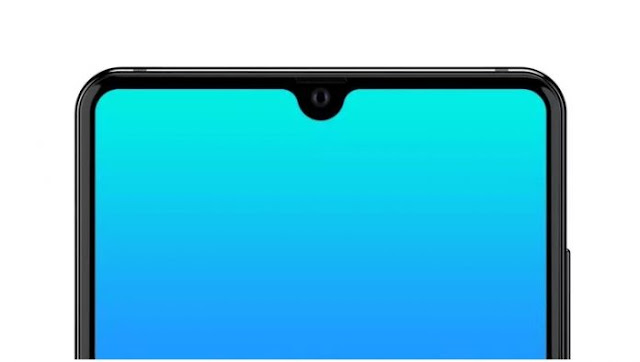 Technology-Portfolio.Net - In 2019, Samsung decided to use a two-digit number for the Galaxy A series. Starting from the launch of the Galaxy A30 and A50 which was then followed by the Galaxy A10 for a cheaper one. But it seems that that's not all because recent leaks have emerged about the Galaxy A40, and now there are more leaked specifications from the Galaxy A60. 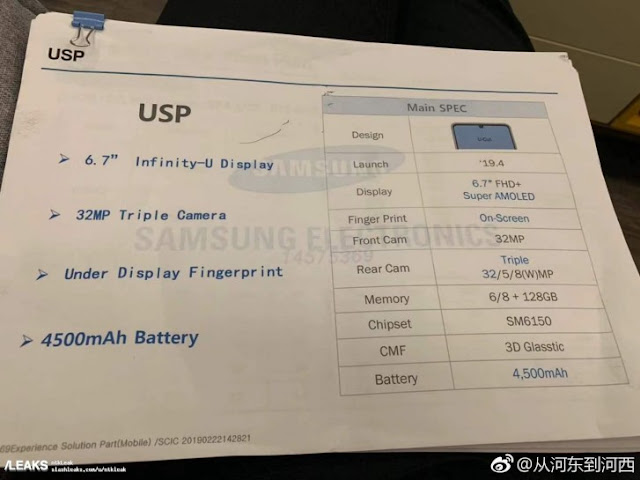 The leak that appears this time reveals some of the main specifications that will be carried by the Galaxy A60. If this leak is correct, then this device will carry a 6.7-inch Super AMOLED screen with Full HD + resolution that might be 1080 × 2340 pixels if you follow the Galaxy A50 setup. In addition, the screen of this device will also have a waterdrop bangs that Samsung calls Infinity-U.

In addition, the Galaxy A60 must also have a fingerprint sensor embedded under the screen. For the camera part, this device will carry a triple-cam setup consisting of a 32MP main sensor plus an 8MP ultra-wide sensor and a 5MP depth sensor for bokeh. While for selfies will use a 32MP resolution camera.

For RAM, there are 6GB or 8GB models with 128GB of internal storage. The kitchen running this device will use the Snapdragon 6150 chipset and to provide a large screen power, this device also has a large battery, which is 4,500 mAh. While for the operating system must run Android 9 Pie which is coated with the appearance of the Samsung One UI interface.